What happened to the Class of 2015?
By Shirley Roberts
Published in the Majorca Daily Bulletin
Tuesday 19th January 2016
Photographs by Rachel Fox
The Soller Valley receives a new intake of individuals and families each year.  Some of them have spent many holidays here before deciding to relocate.  Others have arrived because they have got a job here and flown in from exotic parts to join the upmarket hotels of our area.  A larger number are those that arrived here for a visit and then never went back.  Some of the latter group found love when they arrived here and that changed everything for them. There are so many stories amongst the new arrivals that I could write a book a year on this theme alone. The lovely Bill Webb and his team are frequent visitors to our Valley bringing in the furniture and negotiating the narrow streets and corners delivering treasured possessions from one country to another. 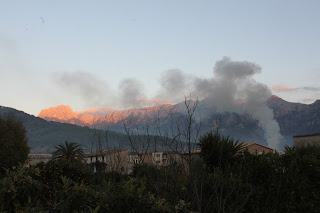 The phase of life that the arrivals of 2015 are in particularly interests me because they are the ones who are either moving out or starting new businesses here. There are a percentage of arrivals who can’t hack it here and this usually takes 12 months to become something they have to resolve.  The reasons can be anything from the limitations of small city living to unrealistic expectations. One family are moving out because of the smoke in the Soller Valley which they say has a detrimental effect on their child’s asthma. Others are moving because of the Soller Tunnel charges.  They knew about this before they moved here but weren’t prepared for the massive bureaucracy that surrounds getting refunds if you are resident here. The stories from locals about how all families who use the tunnel are currently owed around 1500 euros for tunnel refunds hasn’t helped their opinion. Others think after the experience of a school year that life it too short to do the school run from Soller. They investigated living nearer to the International schools in Palma and decided they want to move closer.  All perfectly valid reasons but for those who truly want the Soller Valley and its way of life there is simply no contest. 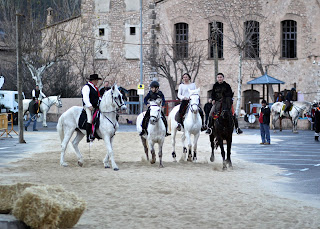 The 2015 folk who have put down their Solleric roots are the ones who have taken out leases on shops and bars and can be seen with the January paint stains on their clothes.  They are very happy and excited about moving into work mode.  They have all enjoyed their first year which was like being on an extended holiday but now its time for real life.   Others who came with internet based work have found a home in the Parc Bit Silicone Valley and are preparing to operate world wide organisations from there.  Craftsmen offering wood pallet furniture have arrived and are creating what they hope is a new concept for Mallorca. They join those who are evolving a local radio station, writing, painting or composing as their way of earning their living, in their houses, in the back streets of the Soller Valley. 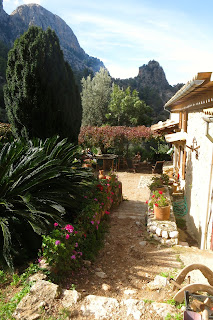 A new group of the 2015 crowd are the purchasers of central Soller houses for the new style B & B’s that have recently got permission.  So many people with so many ideas and enthusiasm for success. The excitement of all this activity rubs off on us all because the days of naive people arriving to run a business here have gone in the Soller Valley.  The people here now have done their research and largely know what they are doing.  They have their frustrations and loud words can be heard occasionally in the cafes around the City but they are all well on their way. 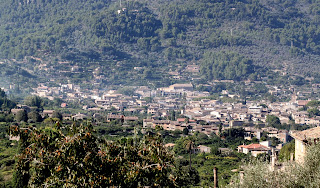 Quite what the local Soller people feel about all this change and the massive number of new arrivals is anyone’s guess.   The people of Soller are part of a migratory history with many of their families leaving to work in France. South America and places that were in the Spanish colonies.   The number of people speaking French in Soller is almost equal to those speaking Spanish because of the influences of their past. This means that once you get past the initial reserve the locals are very friendly and helpful and the local estate agents and tradespeople simply love the incomers and make them very welcome indeed. 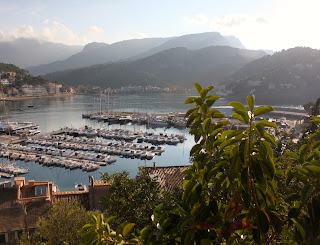 The feeling here right now is one of optimism and enthusiasm for the 2016 season.  The Newbies want to make their mark and contribute to the growth and expansion of the Soller Brand as it continues its upward path. I love the class of 2015 and wish them all the success in the world as they fly with their new ideas and concepts.  As for all of you arriving in 2016 this will be your story at the beginning of next year – How exciting is that…