The changing face of Soller
Published in the Majorca Daily Bulletin
Tuesday 6th October 2015
Photographs by Rachel Fox
The side streets of the City of are alive with new building and innovative ideas.  Apartments are almost finished off the main street of the Lluna which will have a price tag of over a million Euros each.  This is a huge change for this area which is well used to fincas and country houses selling for millions.  The idea that apartments in cobbled narrow streets with complicated parking could cost that much is a shock.
The shopping revolution is upon us and every turn brings a new smart shop and an individual’s passion. I must admit to looking in some shop windows and wondering how the place is going to be a commercial success.  The niche markets here are very interesting for shoppers but the prices can’t possibly pay the rent.   The key to this it seems is that so many of the premises are owned by local families and the rents get swallowed up in the family enterprise. Freed from the restraints of paying the market value rent many quirky, different things can be sold.  The word is out now about the interesting finds in Soller’s side streets and lanes and many people are getting on that train from to see what the buzz is all about.
This weekend saw the opening of Red Fort 2 in the heart of the City – just opposite the Gran Hotel.  The excitement about this was very evident as people milled around looking at the menu.  Soller has its first Indian takeaway and this is big news.  Red Fort 1 exists on the and has been there for years pleasing many and collecting accolades for being the best Indian restaurant for miles around.  As the season ends on the beach the restaurant closes and people miss it.  That is now set to change as its little brother opens to the delight of local people.  This is a fascinating shift in emphasis as usually the start of the season brings openings ready for the tourists and visitors but this is all to do with the local market. 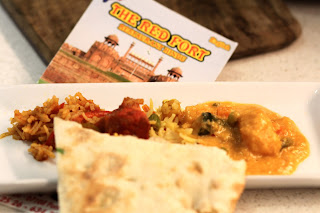 The next excitement on the retail front is all to do with the Market Hall.  Soller has a traditional market which is open daily selling fish, meat vegetables and other produce.  This area is fully operational and busy on Saturdays and fairly low key for the rest of the week.  We got an inkling that things were changing when a food pop up appeared in the shape of Bar Mercat.  This place encourages you to buy fish, meat and vegetables from the market and they will grill it for you to eat immediately.  This week it was announced that 15 market stalls are going to be auctioned and that the market is looking for stall holders with a full time commitment to the market.  This would revolutionise the shopping experience and give 15 small businesses a start.  Shopping in Soller has vastly improved over the last couple of years but now it is set to zoom into a completely new experience. 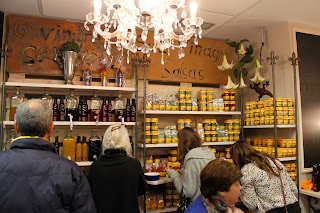 The local population continues to expand as more and more people move here.  Many families are coming from the and and they are swelling the ex pat numbers and the expanding group of children.   The school choices these people are making are very interesting. They divide neatly between those who send their children straight to local schools with all the language implications and those who head for the school choices on Parc Bit.  Parc Bit and its silicone valley is becoming an educational hub and more schools are set to open there.  It is one of those places that are able to offer brand new buildings and facilities and easy access from the motorway.
This weekend the main streets of Soller had traffic jams – this is newsworthy because it is so rare. Thousands of people descended on us for the Pujada of the Puig Mayor which is a car rally with a difference.  It lasted over two days with the mountain roads being closed to traffic while all the cars raced each other in their class.  This meant that classic cars and the latest rally cars were there for all to see. They were joined by the Harley boys on their bikes and many others on bikes and fast cars just wanting to be where the action was. Those of us trying to get to the beach for lunch had a wait while policemen blew their whistle and tried to control the mayhem. It was another great weekend in the . 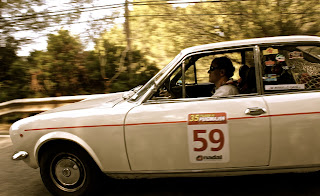 Exciting times in the as the population grows and new businesses take their place on the Soller stage.  Please come and see us soon – you will be very glad you did…